Top Posts (Based on Readers’ Votes) 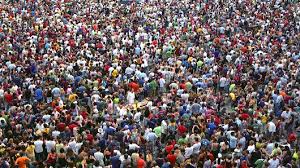 A ‘Hydra’ within the same context of the preceding paragraph can be defined as: ‘a (Greek mythology) monster with nine heads; when struck off each head was replaced by two new ones’ Rightly, it might seem best to rational reasoning to slay the monster; however, if the duel started with a one-headed monster, after cutting off the head just twice, the warrior of reason would be facing an undying monster with four heads! A riddle indeed!! It might seem best in the court of prudent wisdom, to tame the monster to become a useful tool, assuming this accomplishment is possible. This feat would require more than an average dose of ingenuity.

Lastly, ‘Potentials’ within this context means ‘the inherent capacity for a concept to come into being’, however we need to appreciate that the character of the resulting outcome could fall into the positive or negative axis of usefulness. This can translate to positive economic growth or become a nightmare to economic development.

The large population of any nation could be a blessing or a dilemma if the development of human capacity and supporting infrastructure (Roads, Water supply, Schools, hospitals etc) is not properly managed. There would come a time when there would be an unhealthy degree of competition because the limited infrastructure cannot support the ‘weight’ of the population.

For simple illustration, the major refineries in Nigeria were built in the mid-70’s when the population of the country was estimated at 63 million. Thirty years later, the same strength of refineries can no longer provide efficient petroleum service because the demand for the product is much higher.

With proper planning, countries with populations larger than Nigeria have recorded positive economic milestones with their national development. China is currently one of the leading world economies, and India is not far behind with economic success. The approximate population of both countries are estimated at slightly over 1.3 billion, while that of Nigeria is estimated at approximately 200 million. Our population is clearly a mere fraction in comparison.

It is a fact that if most of the citizens of any nation are inclined to productivity, there would be massive opportunities and diverse spheres of development within that space.

This is the case with the country China. The diverse skilled citizenry can always present an alternative productive drive if any of nation’s main earner is no longer a viable source of income, bearing in mind that income is the medium of expense required for national development.

In the event that there is no effort at profound productivity from the majority, there can never be any divine intervention as a substitute to the reality of the consequence of under development. This is a fact we collectively need to come to hard terms with. The diversity of the productive strength of the aggregate majority of citizens in Nigeria is rather weak.

For the purpose of illustration, the drastic drop in the global price of oil was able to send our country Nigeria into an exile of recession. There was no fallback productive alternative on ground.  It is very doubtful if this scenario can ever find opportunity in the economic space of the Chinese nation. This is a painful lesson we all need to come to terms with if there is any chance of reversing the current spin of the wheel.

Another negative dimension arising from the improper management of our large population is friction between citizens. Communal conflicts, frequent industrial actions, herdsmen and farmers clashes, etc are some illustrations of the negative dynamics of a poorly managed population. Another painful lesson…